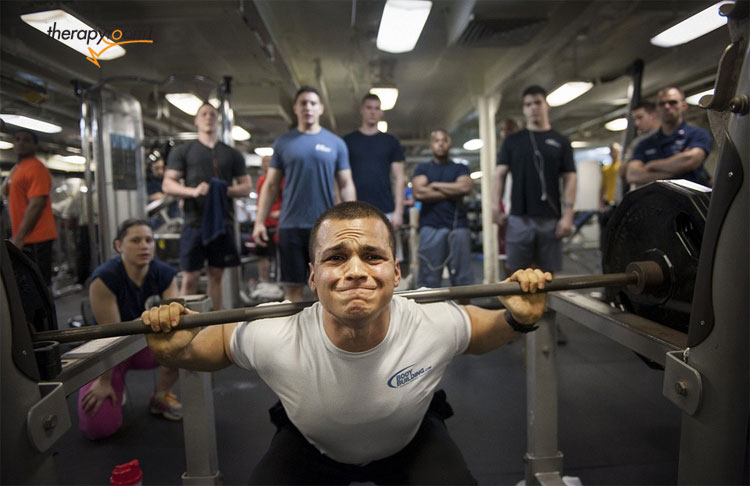 Patient D came to Therapyroom1 complaining of right shoulder pain and that when he went to the gym and performed any kind of lifting e.g. bench press or deadlift he would start to get a shooting pain in the side of his neck and this subsequently brought about a severe migraine.

Well, we had a challenge on and we believed that this was a great case to work on (even for the learning sake).  Patrick our lead therapist stepped in and said that he knew the problem right there and then, Patient D like the rest of us watched and learned.

Patrick did his formal examination of the patient and exclaimed that the problem in his shoulder and neck were the tight pectoral and ribs or intercostals.  Patrick said that if we could release the intercostals muscles and then pectorals 50-60% of his problems would automatically disappear. The remaining 40 percent could be sorted by treating his neck.

Placing the patient in a Bosu crab position; stage 1 and stage 2 and then focusing on the neck the patient left the rehab centre feeling like he had undergone a total workout of his upper body. Patient D was given homework and permission to resume gym exercise after 2 days

We use cookies to ensure that we give you the best experience on our website. If you continue to use this site we will assume that you are happy with it.Ok